It has been nearly two months since I wrote my last post on this website due to many reasons. The main reason for the lack of posts, is because I have now entered into my graduate program with a focus on American history. I am hoping that by being able to get a better understanding of how history was written and talked about generations ago, I will in turn, be a better writer and researcher myself. My goals are to be able to find research and tell it in a way that shows people, things they may have not known before. The purpose of this site is not to try and figure out exactly who killed John F. Kennedy, but it is to inform those who may be new to the research. Along the way, I have found some new research that I have shared and I have repeated some of the research by others. The assassination is a moment in time where everything stopped for a moment, and it is up to the research community to tell the story of what happened. We may all have different opinions as to what happened that day in Dallas, but we can agree that it changed our history forever. I myself, is continuing to push forward and looking for material that others may have overlooked or their voice was just not heard loud enough. Below is a sample of what I have been writing in my class, and of course the focus is on John F. Kennedy. It is not the typical assassination research, instead it is about learning the history of the research itself.

Throughout time, there have been many moments that have been cast as life-changing, but few of them can compare to the events that transpired on November 22nd, 1963. For the people that remember the day that President John F. Kennedy was assassinated it was not only a day that changed the course of history but also a day they would never forget. The assassination of the President of the United States had occurred 3 times prior to 1963 and yet the void the nation felt from this assassination had not been felt since the assassination of President Lincoln in 1865. The assassination of President Kennedy was one of the biggest moments of the 20th century and yet today it still remains an unsolved crime to some. The historiography of the assassination has taken many different turns in the 50 years that have past and many historians have taken their shot at figuring out the unofficial “Crime of the Century”. Although the authorities singled out the man they thought was the assassin, the general public seems to think that a larger plot was involved in the assassination. History has shown us over time just how the nations opinion on this manner has changed.

For the young readers of today’s generation, it is important for them to understand that the assassination of President Kennedy changed the shape and course of our nation. The Vietnam War was not a war yet, man had not been on the moon, and African-Americans were not given the freedoms and equality in the Civil Rights Act. These specific events were all things that were on the agenda of President Kennedy before that day in Dallas and our history as a nation changed from that day on. Many Americans look back to the Kennedy assassination as a turning point in our nation and that is why after all of these years it is still a topic that is mentioned and talked about today. Learning about what actually happened during those last few moments on Elm St. in Dallas has evolved over time and each author brings their own version to it.

The official story of the events that day are that one lone gunman named Lee Harvey Oswald was able to assassinate the President of the United States with a high powered rifle from the sixth floor of the Texas School Book Depository. In December of 1963, President Lyndon Johnson appointed a commission to look into the details of the assassination and to come up with a conclusion. The report, named The Warren Report (based on the commission’s leader, Earl Warren) concluded that in fact Lee Harvey Oswald acted alone. Since the day, the Warren Report was released the history of the Kennedy assassination began to take on a life of its own. Many authors and researchers were giving their opinion on the manner and over the years countless books have been written about the assassination, whether they believe the Warren Report or whether they believe someone else committed the crime.

When published in 1967, Rush to Judgment by Mark Lane was received with mixed reviews. Our trust in government was fading through the events that were happening in the decade, and the full truth about the Kennedy assassination was still a topic of discussion. When the Warren Report was released in 1964 many Americans believed that version of what happened that day in Dallas. It was very common to believe what the government was telling you was nothing but the truth, and with the assassination of a President you would hope the truth would be told. In his book, Lane examines countless witness testimony that was left out of the final report by the commission and determines that someone other than Lee Harvey Oswald was the true assassin of the President that day. By describing the other key witnesses to the crime, he is able to break down a timeline of events that shows that Oswald was not alone in this plot.
The book has become a cornerstone for future researchers to look back upon. The research done by Mr. Lane was groundbreaking at the time and to go against what the government had said about the assassination was even bigger. The book has led to many more researchers to give their own version of the assassination. To this day the Kennedy assassination is still a highly debated topic with more Americans believing that more than one person was involved in the assassination plot. For once was a strong opinion of a lone gunman, has turned to a “whodunit” mind frame. The conspiracy theories have carried on over the years and Mr. Lane is still right in the middle of all of them because of the work he did back then.

This is just a sample of some of the papers that I have written in my class and I hope to continue to write about the assassination in future classes. Although some of the information is repeated, their is still plenty of materials that have yet to be looked at. In the coming months I will continue into the research of the Acme Building Maintenance Company and its owner Frank C. Jones and to get a more clearer answer as to what happened to the company that had keys to the Texas School Book Depository the night before the assassination. 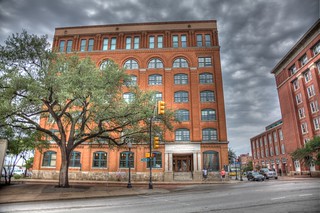